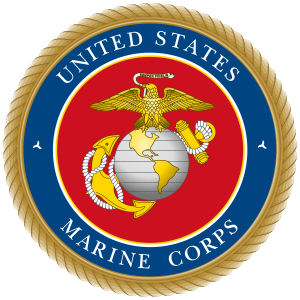 Philip Randall “Randy” Farmer is a United States Marine Corps veteran of the Korean War. He had specialized training in demolition, rockets, and flamethrowers. During his time of service, Farmer was involved in multiple military campaigns, two well-known ones being the Inchon Landing and the Chosin Reservoir.

Farmer was born in the Manhattan borough of New York City in July 1931. His military legacy includes an uncle who had served in World War I, and cousins who had served in the Marines and the Navy during World War II. In 1948, when he was just 17 years old, Farmer decided to enlist in the military. His motivation for enlisting was that he simply wanted to travel and see the world. In 1948 the military draft, which had ended with World War II, was reinstated; although, it was not as comprehensive as it had been during the war. The government was trying to downsize the military following the war, yet still needed a stable force at hand for what was the beginning of the Cold War. It was not until the Korean War began in 1950 that the draft was intensified.

Farmer recalled that at the time he enlisted, President Truman had issued orders to integrate the Armed Forces, which was not greeted with enthusiasm either in the service or in military posts in the South. Farmer attended basic training at Parris Island, South Carolina and then he went to Sea School in the Norfolk, Virginia Naval Shipyard for further training as a member of a USMC detachment aboard Navy ships. Both locations were in the South, which was racially segregated at the time. While Farmer was in Virginia, he remembered an instance when he and his buddies sat in the back of a bus to take a nap on a long trip. The bus driver wouldn’t move the bus until they came to the front seats, and black soldiers and civilians occupied the back seats. Once they drove out of Virginia, anyone could sit wherever they wished on the bus.

After Sea School training, Farmer was assigned to the USS Kearsarge, an Essex Class aircraft carrier stationed at Quonset Point, Rhode Island. He had a wide range of duties on the ship, including carrying messages from the captain or other senior officers to other members of the crew. Farmer’s main job, however, was manning an anti-aircraft gun. While at Sea School, he had also attended Gunnery School in Dam Neck, Virginia, where he was trained as a crewman on 40 and 20 millimeter and 5 inch anti-aircraft guns. The Kearsarge patrolled the eastern seaboard, and Farmer visited various ports while on the ship, including Philadelphia, Halifax Nova Scotia and New York City.

In January 1950, after completing his tour on the Kearsarge, Farmer was assigned to Camp Lejeune, North Carolina, where he was trained in demolition and the use of rockets and flame throwers. He was then assigned to a rifle company as part of a rocket launcher (“bazooka”) team, in a unit destined for the Mediterranean Sea. There Farmer and his fellow Marines practiced amphibious landings using “LVT” craft (Landing Vehicle Tractors) which carried them from a larger ship to shore, where a lowered frontal ramp allowed the Marines to exit onto the beach. During their off time, Farmer and his comrades had the opportunity to visit a number of countries, including Portugal, Malta, Crete, Sardinia, Tunisia, Italy, and the French Riviera.

Farmer’s Mediterranean pleasure cruise ended on June 25, 1950, with the outbreak of the Korean War. His unit, the 7th Marine Regiment of the 1st Marine Division, was ordered to Kobe, Japan and later participated in the Inchon Campaign in September. The amphibious landing at Inchon, South Korea was a surprise maneuver, outflanking the North Korean army besieging the Pusan perimeter, as well as it was a strategic victory for the American forces, resulting in the recapture of Seoul, the capital of South Korea. Farmer’s company landed in the “sixth wave” and thus did not face any combat until further inland. After the liberation of Seoul, the unit was sent back to Inchon and, in October, boarded a ship for the US Marine Corps invasion of North Korea.

The Marines landed at the North Korean port of Wonsan and marched north to the Chosin Reservoir. They were wearing the same clothing that they had been wearing in the summer fighting in the south; and, when winter set in, were issued sweaters, different shoes and leggings to stay warm. Farmer’s unit climbed through the mountainous terrain “looking for resistance,” but the biggest enemy they initially faced turned out to be the weather. He recalled that, in order to stay warm, the Marines would dig holes in the ground to place their sleeping bags in. They would get in the bags and close them over their heads, often awaking in the morning covered with snow.

In late November 1950, the Chinese 9th Army Corps surprised the American forces deployed at the Chosin Reservoir with a massive attack. The Marines were on the west side of the reservoir, while a smaller army unit, “Task Force Faith” was on the east side. Task Force Faith was overrun and virtually wiped out, but its sacrifice probably saved the Marines from becoming surrounded. Farmer’s unit was not aware of the army’s defeat, and was soon ambushed by the Chinese as well. His unit managed to retreat to Hagaru, a small village at the south end of the reservoir, where he and his comrades were able to warm up in tents.

From November 27 to December 13, the First Marine Division conducted a successful 78-mile fighting withdrawal from Chosin to the port of Hungnam. Farmer recalled how brutal the fighting was, stating that the Chinese army destroyed everything and even killed wounded U.S. troops. Those men who survived the campaign were later nicknamed “The Chosin Few.”

Farmer had contracted frostbite at Hagaru while taking off his boots in an attempt to warm his feet. He was evacuated to an army hospital in Hiroshima, Japan during the long battle. After his release from the hospital, Farmer was transferred to a Navy Station in Yakutsk for a period, and then rotated back to the United States.

When Farmer fully recovered, he was assigned to the Brooklyn Navy Yard, where he worked in the base “brig” (jail). There were around 200 prisoners confined there, and Farmer’s job was to work the gates when they moved the prisoners. After a few months of this duty, he was assigned to the 2nd Marine Division. Farmer became an instructor of flamethrowers and rockets with the 8th Marine Regiment at Camp Lejeune, North Carolina. On September 10, 1952 he received his service discharge. After his service, Farmer worked as a police officer for many years. At the time of his interview he lived in Manasquan New Jersey. Farmer was a member of the Marine Corps League and the “Chosin Few.” The latter organization holds annual reunions usually in the south, which is too far away for him to travel, but he hopes to attend one someday.