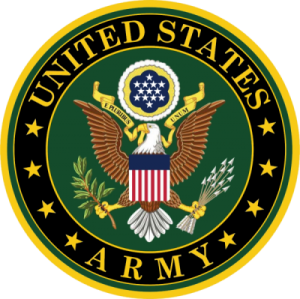 Paul Santorelli was born in January 1948, in Newark, New Jersey. His father, who he joined in construction work after graduating from high school at the age of 17, was a World War ll veteran who had served as an army cook.

The summer of 1967 was a tumultuous one for Newark, as well as for Santorelli, as simmering racial tensions erupted in a riot in July, after an African-American cab driver was beaten by Newark police officers. The ensuing civil disorder resulted in looting and massive property destruction in certain areas of the city. The National Guard and the New Jersey State Police were called in to restore order, and bungling by city and state forces may well have increased the havoc. When all was said and done, twenty-six people, including one police officer, one fireman and twenty-four civilians, died, and hundreds more were injured. It was a terrifying time for everyone in Newark.

Santorelli, who lived on Palm Street, off South Orange Avenue, was drafted into the army on August 2, 1967. He was assigned to Fort Dix, New Jersey, for eight weeks of basic training and then transferred to Fort Sill, Oklahoma, where he was trained to drive heavy trucks as a member of the Army’s Engineer Corps.

Santorelli left Fort Sill for Vietnam in May 1968, arriving “in country” at Cam Ranh Bay. He was assigned to the 577th Engineer Battalion, a unit of the 20th Engineer Brigade, and served in Tuy Hoa air base and surrounding areas. Santorelli recalled vividly how the heat, humidity and odors just took the breath out of him and the men he arrived with. He remembered that heavy, pungent atmosphere as pervasive during every day of his tour in Vietnam.

Santorelli had been extensively trained in the operation of large trucks and vehicles for land clearing and road construction at Fort Sill, and he adjusted well to his work in Vietnam. The toughest part of his service was the fact that the progress or even the goal of the war was unknown to the average soldier. He spent much of his time in Tuy Hoa operating large dump trucks involved in operations to clear huge areas of land and rice paddies, in order to expand older roads and make way for new ones to be used by U.S. troops.

Santorelli recalled his typical duty day as “kind of like going to work, only you had to be careful you didn’t get shot at!” An engineer had to keep his mind on the difficult clearing work, while at the same time remaining aware of the need to be alert, “for we never knew when and where the enemy might fire,” he remembered. The men of the engineer unit Santorelli was a member of carried weapons but were not allowed to chamber a round unless attacked, to avoid accidents. This practice left him fearing he had no means of immediate protection from enemy fire.

During his first month in Vietnam, Santorelli experienced a personal “baptism by fire.” He was not wearing a helmet, and a sniper round came so close he felt the bullet fly past his head. The incident made him realize the invisible presence of the enemy all around him, and Santorelli subsequently had two similar experiences.

After serving as a heavy equipment driver for some time, Santorelli felt he deserved a promotion and spoke to his lieutenant about it. The sympathetic officer then assigned him as his personal jeep driver, a job he enjoyed. Shortly afterward a hand aneurysm required that Santorelli undergo surgery and hospitalization. The lieutenant had to find a replacement driver; but, when Santorelli recovered, the officer insisted he return to the job.

On Santorelli’s birthday he received a large “care package” from home to celebrate the occasion. Two bottles of liquor were included in the parcel. Although one had burst on the journey, the other was intact. “We all shared my gift,” chuckled Santorelli, “and that was my twenty-first birthday in Vietnam”!

Serving in Vietnam was very stressful, and Santorelli witnessed many fellow soldiers who suffered considerable emotional difficulty coping with the experience. He was instrumental in providing support to several of his comrades who went astray with aberrant behaviors that often became dangerous. Witnessing these tribulations, Santorelli resolved to go home with a sound mind and rejected self-medicating with drugs and alcohol or any other self-destructive behavior, as he realized that he needed all his physical and mental capabilities to survive the war, especially when he often worked with explosives and other hazardous materials.

Santorelli’s tour of duty in Vietnam ended, along with his military service, in May 1969. On his return home, he was warmly greeted by his family and friends, and shortly thereafter returned to work. Santorelli recalled that he “tried to put the whole experience [of the war] behind me.” Unfortunately, decades later, Vietnam resurfaced, in the form of multiple myeloma, a cancerous condition that was traceable to Agent Orange exposure in the areas where he had worked and served. Santorelli was extremely fortunate to receive a life-saving successful stem cell treatment for his condition in 2010.

In concluding, Santorelli mentioned that his proud Italian-American heritage was viewed differently by many people he encountered in the military, and he often felt a prejudicial attitude regarding his ethnic roots, which he experienced in training and in Vietnam. His final thoughts about his Vietnam experience were positive, however. He said he had served his country and would do it all again, although he remarked that the stresses of the experience will never leave him, as “they stay with a soldier all his life.”