Kenneth Martin was born in Pittstown, Pennsylvania, in January 1932. When he graduated from high school in 1949, he was not sure what he was going to do with his life. Martin attended New York University for one year, majoring in Business Administration. He then went to work and played for a local semi-pro football team. Martin was aware of the war in Korea and thought about enlisting in the Marine Corps, but his father talked him out of it. He knew he made the right decision when he heard that several of his friends who had joined the Marines were killed in action in Korea. 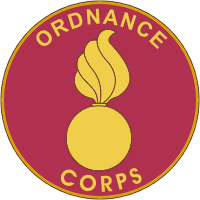 Martin was drafted into the US Army in September 1952. He was sent to Camp Kilmer to be processed into the army, and then on to Fort Lee, Virginia for basic training. Since Martin had spent one of his high school years as a student at Valley Forge Military Academy, he was familiar with military life. While at Valley Forge, he became acquainted with Norman Schwarzkopf, who went on to command allied forces in the Gulf War. After completing basic training, Martin went to infantry advanced training and the officer candidate program at Fort Benning, Georgia. He recalled this training as intense; yet, he emerged from it with a commission as a second lieutenant in the Ordnance Corps.

Martin’s first assignment was at Fort Bragg, North Carolina, where he was assigned to the mundane job of overseeing weapons and ammunition. While at Fort Bragg, he married, as well as applied for explosive removal training. When Martin did not get a response to his request, he decided to go to Washington, D.C. and apply in person. On arrival, he discovered that his application had been lost; but, his current specialty was needed overseas. Martin was offered the options of being assigned to Korea, Vietnam, or Puerto Rico. He decided to go to Puerto Rico, since he was able to bring his family with him. Martin spent three years there and became executive officer of his company.  He recalled that the assignment was a lovely experience.

At the end of his time in Puerto Rico, Martin was accepted for “special weapons training” and was sent to New Mexico to train with nuclear weapons. After learning how to operate and repair those weapons, he was deployed to Korea. There, he was assigned to a guided missile unit. Martin arrived in Korea after the war, which made his service there largely uneventful. The unit was stationed in a remote location an hour south of Seoul, and it worked closely with the Korean Army. The American soldiers were friendly with local civilians, who made them kimchi, which Martin noted, “smelled horrible but had a decent taste.”

Martin went on to complete a career of twenty years of service in the army, spending a considerable amount of time overseas, including several tours of duty in Germany, and a tour in Vietnam at the major army supply base of Cam Ranh Bay, where he served as the Support Command Director of Maintenance.   He rose to the rank of lieutenant colonel before retiring in 1972, while he was stationed at the Army Munitions Command at Picatinny Arsenal in Dover, New Jersey.