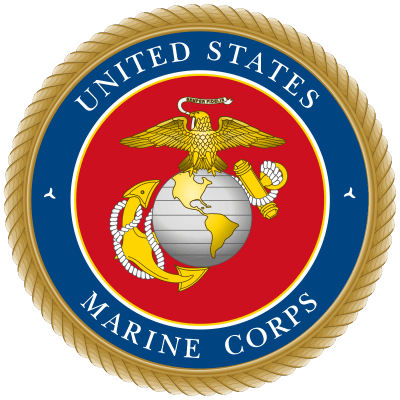 John J. Zilinski was born in May 1921 in Jersey City, New Jersey and moved to a farm in Jamesburg, New Jersey in 1934.  Zilinski came from a large family, and had fourteen brothers and sisters by December, 1941, when he, along with thirteen other young men, including his brothers Bob and Fred, traveled to Church Street in New York City to enlist in the military. The group arrived at the recruiting station, unsure of which branch of service they would join, but ended up in the Marines. After signing enlistment papers, they were told to go home and to return on January 3, 1942. On that date they were subjected to a physical examination, as well as  were inoculated against a number of diseases. Zilinski recalled that: “Every time you turned around, you got stabbed in the arm.”  Although transitioning from farm boy to Marine could be viewed as a life changing event, Zilinski remembered that he was not overly excited, but just “a little up.”

Zilinski was initially sent, via train, to Parris Island, South Carolina for basic training.  He recalled training for ten to twelve hours a day there, “getting into shape.” Zilinski noted that he did not really miss his sisters and brothers, because he “had another bunch of brothers;” although, due to the intense training schedule, he hardly got time to know any of their first names.  When remembering his Parris Island experience, Zilinski emphasized how hard he had to work, all the while being screamed at by his drill sergeant.  After graduation from basic training, he moved on to New River, North Carolina, for advanced training.

At New River, Zilinski and his fellow trainees were organized as a weapons company, working with 37 millimeter anti-tank guns, .50 caliber machine guns and .30 caliber machine guns. He was chosen as one of three squad leaders in his platoon, and he qualified as a gunner on a 37 millimeter.  The New River training stint was cut short, as his company was needed overseas, and Zilinski had a brief home leave before reporting to Virginia for departure. In retrospect, he did not recall being scared or anxious, but rather thought that he and his comrades “were ready” for most anything they would encounter.  His unit was assigned to the Fifth Marine Regiment of the First Marine Division, and soon set sail for the Pacific to join the division.  Zilinski remembered that the voyage was fairly uneventful, except for one bad storm, and that the “initiation” ceremony that took place on shipboard when crossing the equator was “funny.”  While on the troopship, John’s company was detailed to man antiaircraft guns in case of attack, but they never spotted an enemy plane.

The First Marine Division was involved in the first offensive against the Japanese in World War II, the invasion of Guadalcanal. Zilinski recalled landing on the beach at Guadalcanal on August 7, 1942, from a Higgins boat (landing craft) that held fifty or sixty other men, and that the shore was covered with “a lot of trees.”  The Marines’ mission on Guadalcanal was to secure the island’s airfield, thus removing a potential threat to Australia from Japanese aircraft.  Zilinski recalled seeing his first Japanese soldier, a prisoner of war, on the first day of the operation, and being involved in capturing the airfield on the second day.  There wasn’t much combat on those first days, but he remembered sleeping in a foxhole on his first night ashore.  The Japanese retreated beyond the airfield, and they soon started shelling and bombing the Marine positions day and night.

While on Guadalcanal, Zilinski recalled that the US navy was outnumbered by the Japanese, and pulled out to sea, but still provided some air support for the Marines.  When American planes began to land on the captured airfield, renamed Henderson Field after a pilot killed at the battle of Midway, Zilinski recalled perceiving them as “beautiful” symbols signifying that help had arrived.  Even as air support increased, supplies became scarce, as naval battles raged around the island.  Zilinski and his comrades had a sufficient amount of water, but were short on food, and had to carefully conserve their C-rations.  Japanese ships continued to resupply and reinforce their soldiers via an operation nicknamed “Tokyo Express” by the Americans. He remembered that many men lost as much as ten to twelve pounds while on Guadalcanal.  Most of their Marines’ days were spent searching for hidden enemy soldiers, and Zilinski considered himself very lucky, as he remained unwounded, especially after several Marines from his squad were killed, and his brother Fred was hit with shrapnel from a mortar round while standing right next to him.

In December 1942, Zilinski’s unit, which suffered as many cases of malaria as combat casualties, was withdrawn to Australia with the rest of the First Marine Division to rest and recover. Initially stationed at Brisbane, the company moved to Melbourne to escape malaria infected mosquitoes. Zilinski was in and out of the hospital with malaria while in Australia, but not cured; he suffered recurrences of the disease for the next twelve years. Even while in Australia, Zilinski found it hard to find time to write home, between hospital stays and training exercises.

In late December 1943, the First Marine Division left Australia to participate in the invasion of New Britain.  Zilinski recalled that the initial landing at Cape Gloucester was almost identical to Guadalcanal, but he said the Marines subsequently suffered fewer casualties, as well as had better naval support than in the earlier battle.  He participated in the New Britain campaign through May 1944, and returned to the United States in July, where he served as a drill sergeant at Parris Island and was promoted to sergeant. Zilinski was discharged on September 26, 1945.  Looking back at his service in the Marine Corps, he summed it up with the simple statement, “I did my duty.”