Henry “Hank” Crescibene was born in 1927 in Newark, New York, a village near Rochester. During the Great Depression of the 1930s, Crescibene and his family endured hard times, like most American families did during that era. The scarcity of the Depression was followed by World War II rationing. Crescibene recalled that because of that rationing, meat was in short supply, so his father built a chicken coop and a pig pen in the backyard, providing the family with fresh eggs and meat.

On October 21, 1944, at the age of seventeen, Crescibene joined the U.S. Army Air Corps. After completing basic training at Fort Dix, New Jersey, he was transferred to Denver, Colorado for chemical warfare training. By the time Crescibene was done with training, the war had ended. He was sent to Japan, where he worked as an army clerk with the occupation forces. Eventually Crescibene became an assistant to the base chaplain; and, he spent the rest of his service in that position, rising to the rank of sergeant by the time of his discharge.

After his discharge, Crescibene returned home; and, in 1949, he decided to join the Air Force Aviation Cadet Program. He traveled to San Antonio, Texas, along with other cadets, to begin pilot training on July 1, 1949. The cadets learned how to fly and to combat maneuver fighter jets at several training locations. Crescibene graduated from the program in Las Vegas, Nevada, as a second lieutenant. He was then assigned to Turner Air Force Base in Albany, Georgia, where he flew an F-84 fighter jet for the first time as a member of the 31st Tactical squadron of the 301st fighter wing. Crescibene’s squadron was sent to England for advanced fighter jet training. He recalled an incident when he buzzed London and almost got in trouble for it. On one occasion, while flying in Germany, Crescibene had to make a crash landing in a field.

After serving in Europe, Crescibene was transferred to Korea, where he flew an F-86 Sabre jet fighter plane combat. He was engaged in several dog fights with enemy MIGs; and, during one engagement, he “blasted a MIG right out of the sky.” On his final, 100th, mission Crescibene shot down another. Following his discharge as a first lieutenant in 1953, he was hired as a pilot by Republic Aviation. Crescibene was with the company for eleven and a half years; and, during that time, he went to France to help train new pilots the company had hired. While in France, he traveled to Italy to see family members.

Crescibene was laid off by Republic Aviation due to staff cutbacks. He was subsequently hired by Trans Caribbean Airways, where he worked as a pilot for three and a half years before the company merged with American Airlines. American Airlines sent Crescibene to flight engineer school, and he worked for the company as a flight engineer and co-pilot for seventeen years.

Crescibene joined the New Jersey Air National Guard (NJANG) in May 1964. While in the NJANG, he flew transport planes bringing troops to and from Tan Son Nhut Air Base, Republic of Vietnam during that conflict. Crescibene rose through the ranks of the NJANG; and, after promotion to major, he became a Wing Training Officer. During his time in the NJANG, he was assigned to temporary duty in Brindisi, Italy, to instruct Italian Air Force pilots, and to Frankfort, Germany, to train German pilots. Crescibene retired from the NJANG on July 30, 1977 as a lieutenant colonel. He was awarded the Korean Service Medal, UN Service Medal, Air Medal and Distinguished Flying Cross for his service in Korea. 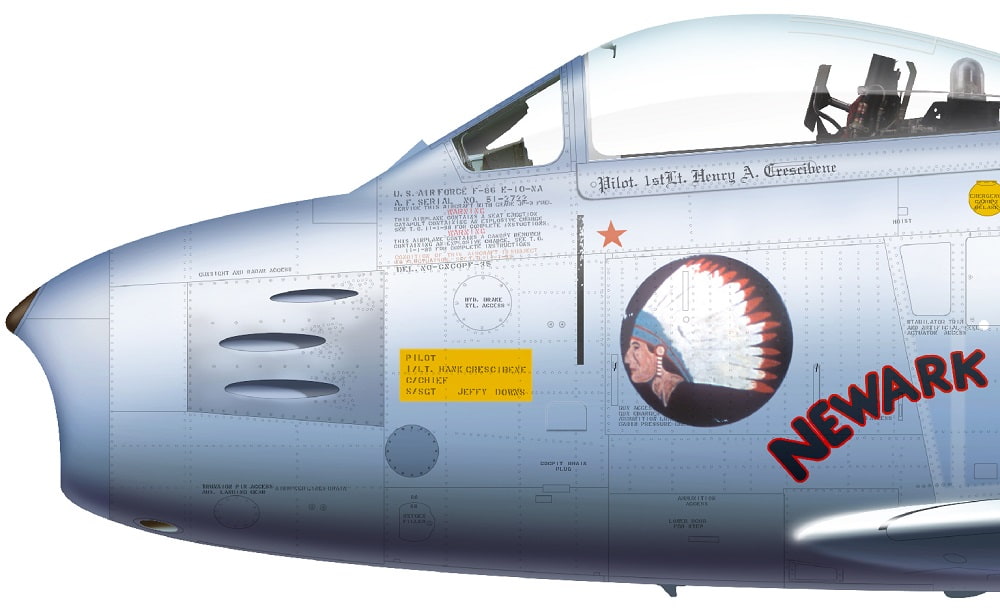