David Lande served as a US Army Judge Advocate in the 82nd Airborne Division. His service lasted from 1990 to 1994, which included both stateside duties as well as a tour in Egypt with an 82nd Airborne Division deployment to the Sinai Desert as part of the Multinational Force of Observers.

Lande’s father was an Air Force staff sergeant in the Korean War, who served as an air traffic controller at Air Force bases in Japan during the conflict. Lande noted that: “He was offered a promotion to E-7 [sergeant first class] after four years but declined it, because they would not guarantee it with his reenlistment” and left the Air Force. Lande’s uncle served in the Navy, and his brother in the Coast Guard “at approximately the same time that [he] was in the Army.”

David Lande was born in June of 1964. Growing up, he always wanted to serve in the military, but waited to finish his education to honor his father’s wishes. Lande received a direct commission in the Army as a First Lieutenant, due to his law degree. He noted that the military “didn’t pay for my schooling, it was just something I always wanted to do.”

His initial military experience was at Army Officer Indoctrination School at Fort Lee, Virginia, where he had a crash course of “what you would learn in six months [crammed into] about two weeks.” Following that course, Lande was sent to Charlottesville, Virginia, for Judge Advocate General’s School at the University of Virginia. The course of instruction in the basics of Army law lasted about ten weeks.

Lande wanted to get overseas into a potential combat theater as soon as possible, so he checked out units serving in the Persian Gulf. While watching the news on CNN, he saw paratroopers from the 82nd Airborne, laden with equipment, board a C-130 Hercules transport. The reporter described the paratroopers as “light infantry.” A paratrooper doubled back and sarcastically asked the reporter, “light infantry?” Lande recalled that he knew at that moment, “That’s where I’m going, the 82nd Airborne!”

Lande knew that getting into the Airborne would be comparatively easy for a Judge Advocate, because most Army lawyers “didn’t want to go there…all I had to say was, ‘I want to go to Fort Bragg,’ and they were like, ‘You’re there.'” He completed airborne training at Fort Benning, Georgia and then, officially a paratrooper, he was attached as a lawyer to the 82nd Airborne, assigned to the Headquarters Company as “staff.” 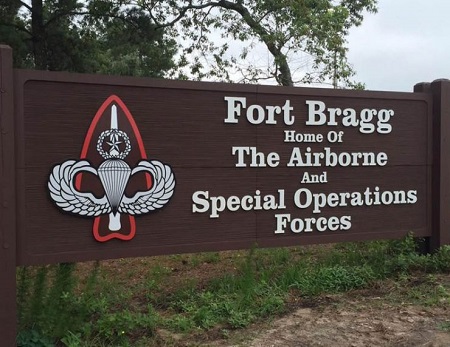 As a Judge Advocate, Lande was responsible for a number of different legal matters, including, but not limited to, wills, personal property cases, civil cases, and other Army legal problems, like possible punishment as a result of army property damages. He was soon promoted to Chief of the division’s Legal Assistance Office, where he reviewed all of the unit’s legal cases.

Lande later transferred to the Trial Defense Service, where he was assigned to defend soldiers in courts-martial trials. Trial Defense Attorneys as well as prosecutors were “assigned to different commands, so that there was no chance of impropriety or collusion.” Lande remained a defense attorney for six months.

After his stint in the Trial Defense Service, the 82nd Airborne was assigned to the Sinai Peninsula as part of the Multinational Force of Observers (MFO). Each of the four divisions assigned served for six months before rotating back to the United States to be replaced by the next unit in line. The MFO was positioned in the Sinai to act “as a buffer between Israel and Egypt.” The 82nd Airborne began its rotation in 1994.

While in Egypt, Lande served as a legal assistant and as a defense attorney in courts martial trials. Soldiers could visit him for any legal advice that they might need, and he would also defend soldiers in any formal court martial. Lande explained that: “It was kind of the two different jobs I had been doing back in the States rolled into one.” The “82nd was a very disciplined unit, and there was usually only one person I had to counsel a day. The counseling was usually regarding a will or a tax law question…there were no court martials while I was overseas.” Any disciplinary measures were usually subject to an “Article 15…which is much more expedited [than a courts martial], because it was literally just a company commander making a determination.” Lande could give legal counsel to any soldier undergoing an Article 15 proceeding. He worked at both camps the 82nd operated from in the Sinai, called North and South Camps.

Lande’s best memories of his overseas duty were his travels on leave. The division command “made it a requirement that [everyone] go to Mount Sinai at least once during their deployment…[they] weren’t going to let us travel eight thousand miles without seeing these places.” The same applied for the Pyramids at Giza.

Lande also visited Alexandria and El Alamein, the latter the site of the famous WWII battle. While at North Camp, soldiers could use diplomatic passports to visit Israel, where they could travel to Tel Aviv, Jerusalem, the Jordan Valley, and Eilat for a week on the beach. Eilat had bars and resorts, allowing it to become the favorite “R&R for everyone.”

In 1994, Lande decided that it was time for him to leave the Army: “I wanted to start a life in New Jersey and start making some money and have a family.” He processed out of the Army and went into insurance defense law. After a year and a half of less-than-ideal working conditions, Lande wanted a career change, and decided to become a New Jersey State Trooper. He took and passed the written tests, and then passed the physical tests administered at the Sea Girt camp. The physical “went well because of all the running you do in the Army.” Lande dropped out of the Trooper processing when his “fiancée and [he] had a serious talk, and she begged [him] not to be a State Trooper, so [he] ended up going back into the practice of law.”

Currently, Lande is a personal injury attorney with Gill and Chamas, L.L.C., in Woodbridge, New Jersey. He has been active with the firm since 2006. Lande keeps in touch with a few of his friends from the service, some of whom are lawyers themselves or are still serving in the Army. He devotes much of his spare time to the Light it Up Foundation, a non-profit organization dedicated to raising money to send veterans suffering from Post-Traumatic Stress Disorder through non-traditional wellness programs. According to Lande, this is because “the traditional techniques were not really helping.” He believes that his “goal is to help find a way to help disabled veterans, particularly those with PTSD or traumatic brain injuries.” Lande prefers a holistic approach, rather than traditional VA-sponsored treatments, for their mental and emotional benefits to PTSD sufferers.

Of his Army service, Lande said that “it was a goal of mine…ultimately, though; I knew that I wanted to go into the service. It was an absolute goal of mine. I did accomplish that goal. I served honorably; and, it was what I call, ‘One chapter of my life.'”