Raymond Kuczmarski, Stephen Porada, and Michael Turinchak were born and grew up as friends in the same neighborhood of Jersey City, New Jersey, and all three joined the New Jersey Air National Guard. Kuczmarski, the first to enlist, was inspired by the example of his brother, who had previously served in the Air Guard, and a brother-in-law who was serving at the time of his own enlistment in 1956 at the age of seventeen.  Porada followed his friend into the Air Guard in 1957, and Turinchak enlisted in 1960.  All three were assigned to the 108th Tactical Fighter Wing. 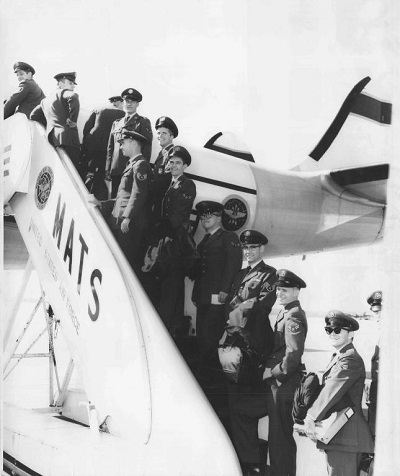 In August of 1961, the three friends were at Hunter Air Force Base in Georgia for their annual two week active duty training stint, when the 108th was activated to go to France to reinforce the American military presence in Europe. The deployment was a reaction to the ongoing Berlin Crisis, initially provoked in June when the Soviet Union demanded the withdrawal of American and allied troops from Berlin, then a divided city within the boundaries of Communist East Germany.

All three described the mood among the airmen during the deployment as a time of excitement. Porada and Turinchak flew from McGuire Air Force Base to the Azores before landing in Chaumont, France. Kuczmarski’s flight was more difficult, as his plane was grounded in Newfoundland with engine trouble, before continuing on to the Azores and then landing in a dangerously dense fog at Chaumont.

The three men recalled that the mood at the Chaumont base was fairly relaxed, and that no one thought too much about the potential magnitude of the situation. It was not until after they were home and reflected on their experience that they realized the significance of the crisis and the danger of war at the time. 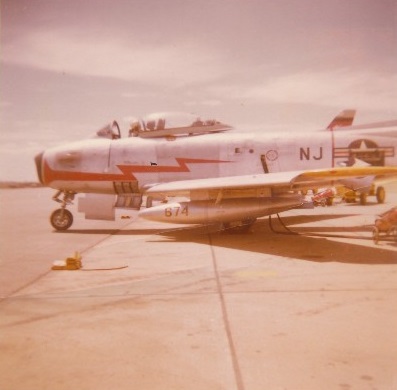 While at Chaumont, Kuczmarski worked in the sheet metal shop, repairing aircraft. Turinchak was assigned to the tool room, inventorying and replacing tools and working with the mechanics. Porada worked as a firefighter. Every time a plane landed or took off, three fire trucks were stationed on the runway with three men on each truck, rotating the duties of driver, lineman, and pump man.

The work schedule at Chaumont was established so that everyone would work twenty-four hours on duty followed by twenty-four hours off duty. The men used their down time to travel around the local area. Kuczmarski also had the opportunity to go to Libya to work on a plane that had been forced to land there for repairs. While in Libya, he and his commanding officer were invited to have dinner at the home of a Soviet official. Kuczmarski remembered that there was no ill will between the Soviet and American soldiers. He was advised by others that often during patrols in Berlin itself, the two sides would eat lunch together and talk. Turinchak told the interviewer that “politicians made more of the situation than the military.” In 1961 France was in the midst of a war with Algeria, and the French were far more fearful of Algerians causing trouble than the Soviets.

The 108th was deactivated and sent home to New Jersey in October 1962. In the year they spent in Europe, the New Jersey Air National Guard unit suffered one casualty. A Lieutenant Slack crashed his airplane in the Alps and was killed.

Raymond Kuczmarski passed away on September 27, 2014.